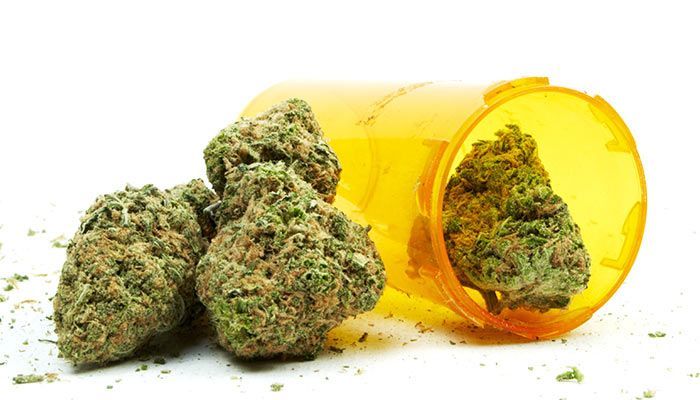 There are at least 85 active cannabinoids present in the cannabis plant. Cannabidiol (CBD) is easily the most exciting though, offering a host of medicinal uses. CBD doesn’t have psychoactive effects, meaning you won’t get high by ingesting it. Health Benefits of Cannabidiol Cannabis is a profoundly powerful medicine

We all know how important antioxidants are for our health, and we all know about Vitamin C and Vitamin E. What you probably didn’t know, is that cannabidiol is a more powerful antioxidant than either Vitamin C or E. [2]

The powerful antioxidant benefits of cannabidiol are thought to be partially responsible for it’s ability to fight chronic inflammation and protect brain cells from reactive oxygen species.

The cannabis plant is widely known for its analgesic properties. There are a few cannabinoids that help to relax muscles and relieve pain, but the most prominent is cannabidiol.

Cannabis extracts have been found to relieve pain even more effectively than opioid painkillers. Opioid pain relievers are widely prescribed for pain, however they pose some serious health concerns and are extremely addictive.

Cannabidiol can be used to help treat acute pain, postoperative pain, chronic pain and neuropathic pain. This has made it a preferred pain management treatment for cancer patients, individuals with multiple sclerosis, migraine sufferers and people with phantom limb syndrome. [3]

Marijuana may have a bad reputation, associated with brain-dead pot-heads and lazy slackers. Contrary to this common misconception, cannabidiol actually helps protect our brain and cognitive function.

Researchers have been searching for a cure for cancer for decades, looking for a treatment option that doesn’t ravage the entire body. After spending well over $100 billion on cancer research, we still don’t have a cure. [5] But the answer may have been hidden in plain site, deep inside the cannabis plant.

Cannabidiol has been found to activate apoptotic pathways in breast cancer cells. Researchers are now exploring the cancer-fighting potential of cannabidiol and the initial results are very promising. [6]

CBD is an antineoplastic agent, meaning it inhibits the growth and spread of tumors. Making it a promising potential treatment option for cancer patients of all kinds.

Alright, cannabidiol is a powerful sleep aid, pain reliever, yields serious benefits for our cognitive health and even helps fight cancer. As if that wasn’t remarkable enough, it even helps us heal broken bones.

Don’t expect miraculous healing powers like Wolverine, but one study shows that CBD lead to an improvement in fracture healing, playing a critical role in collagen cross-linking. Meaning it helped fractured bones repair themselves more effectively. [7] 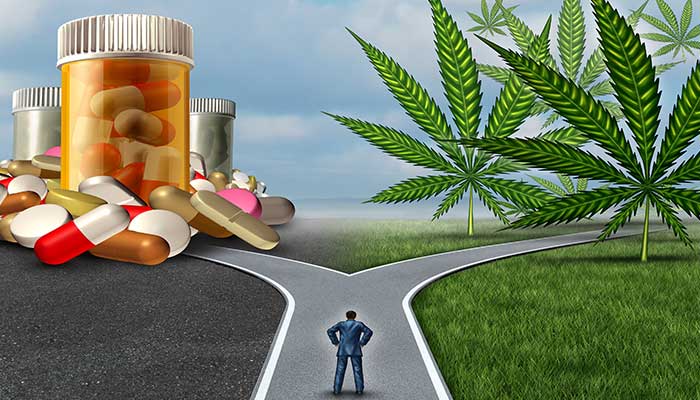 Stated above, cannabidiol is a powerful antioxidant and anti-inflammatory, making it extremely beneficial for the treatment of almost every disease we know of. Inflammation and oxidative damage are two of the biggest contributors to disease progression and any health disorder. By fighting both, CBD already proves itself a beneficial treatment option.

The anti neoplastic properties found in cannabis have been found to inhibit cancerous development and tumour growth. Stimulating apoptotic pathways in the body allows the immune system to effectively destroy cancerous cells.

Cannabidiol has been found to relieve the chronic pain brought on by Multiple Sclerosis. Although it is illegal in many countries, estimates suggest that between 10% and 30% of MS patients in Europe smoke marijuana to help ease the pain and disabling symptoms of MS. [3]

Much remains to be learned about cannabidiols anti-seizure effects, but researchers agree they are present and powerful. This makes cannabidiol an extremely promising treatment option for epilepsy. [8]

One mother in Calgary is fighting a hospital to get her 9-year old’s medical marijuana prescription renewed. Her daughter suffered from severe epileptic episodes in her earlier years, averaging 30+ seizures per day, some days it was more than 100. Since she started cannabis oil treatment, she hasn’t suffered a seizure in over 18-months.

Sadly the ethical issues surrounding marijuana based treatment still flourish. The hospital is denying her medical marijuana renewal due to a lack of evidence that marijuana is a safe treatment option for her child.

Current research suggests that cannabidiol is an effective, safe and well-tolerated alternative treatment for schizophrenia. It yields anxiolytic and anti-psychotic benefits that help patients with schizophrenia as well as a number of other psychotic conditions, including bipolar disorder. [10]

Cannabidiol treatment “significantly reduces the incidence of diabetes” in mice. From 86% in non-treated mice to only 30% in mice treated with CBD. Results indicate that cannabidiol can inhibit and delay destructive insulitis and inflammatory cytokine production. [11]

The astounding number of medical benefits associated with the cannabis plant make it impossible to ignore any longer.

Marijuana prohibition in North America has slowed research significantly. Other countries have continued to study the medical applications for the cannabis plant, but as cannabis laws relax in America the number of studies are growing significantly.

The stigma attached to ingesting cannabis is still strong however. Even though cannabidiol posses no psychoactive effects, it too has been demonised by health organizations for decades.

We have an optimistic attitude when it comes to cannabis medical research. Studies show us that it is a relatively harmless medicine / recreational intoxicant. With states like Colorado and Washington spearheading the cannabis revolution, many fears have been put to rest. For example, the fear that legalizing medical cannabis would cause teen marijuana use to skyrocket, this has been disproved.

Cannabis has brought in tens of millions in tax revenue over the past two years, going towards our schools, infrastructure and public services.

Let’s stop ignoring the facts and harness the power of the cannabis plant to help treat the sick and stimulate our economy.